As he lay dying of prostate cancer, Harold Lloyd felt the unmistakable tremor of a major earthquake. The date was February 9, 1971. What he felt was the powerful Sylmar earthquake, which killed 65 people and caused millions in damages.

When the shaking subsided, Lloyd got up and began to survey the house on his beloved 16-acre estate known as Greenacres. Although others could have checked out the property for him, Lloyd insisted on personally making sure everything had survived the quake. After walking through the house, he felt secure in the knowledge that Greenacres had weathered the shakeup.

Less than a month later, he died.

Greenacres was, for Lloyd, not just a symbol of his enormous success but also a fantasy land of luxury and beauty, far beyond what this humble boy from Nebraska could have envisioned when he was a child.

The $2 million it took to create the grandeur and majesty of the grounds was a pittance compared with what his home meant to Lloyd. Perhaps it was the inconsistency of his childhood, maybe it was a striving for permanence in the uncertain world of show business, possibly it was the pride he took in his success—whatever his reason for building such a grand homestead—Lloyd took infinite care in every phase of the development of his Xanadu.

Every laugh his films produced contributed to the house, which is probably why he had such a good sense of humor about owning such a magnificent estate: “Only 44 rooms, but it’s still home to Mildred and me,” he said.

His granddaughter, Suzanne Lloyd, who grew up at Greenacres, knew what he meant. “The house had a personality and a life to it,” she recalled. “It was a lovely feeling—there was warmth and laughter, but there was also structure, strength, and integrity. The main thing is that it was his home. And he was very proud of it. 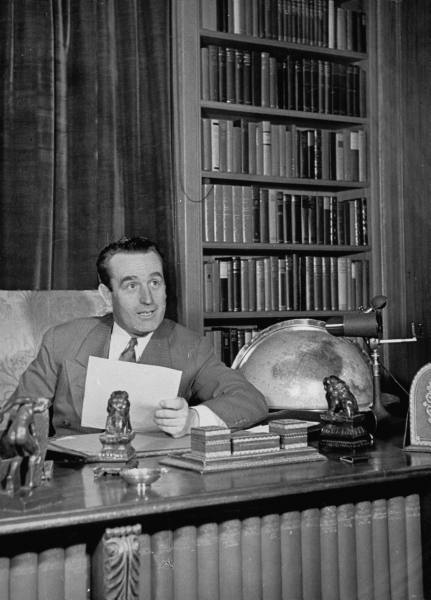 The Stats on Greenacres

The Grounds: Built on 16 acres

Year Named to the National Register of Historic Places: 1984